Paz is composed of several services: 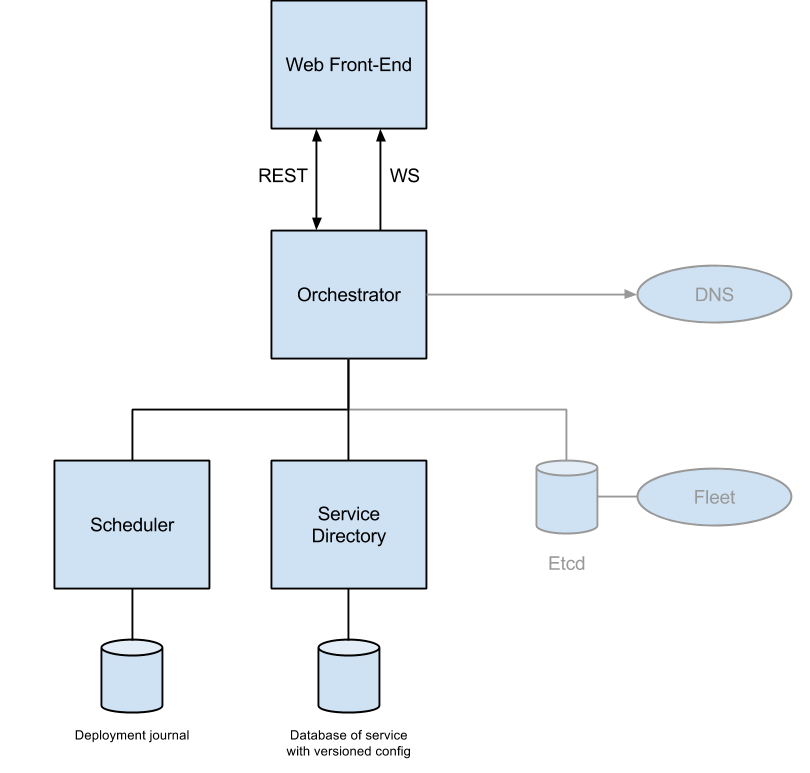 Architecture of a Paz Cluster

A Paz cluster is simply a CoreOS cluster on which some Paz services have been installed, as Docker containers. Paz leverages CoreOS' Fleet and Etcd to abstract the hosts and schedule services across the cluster as if it were one big host. 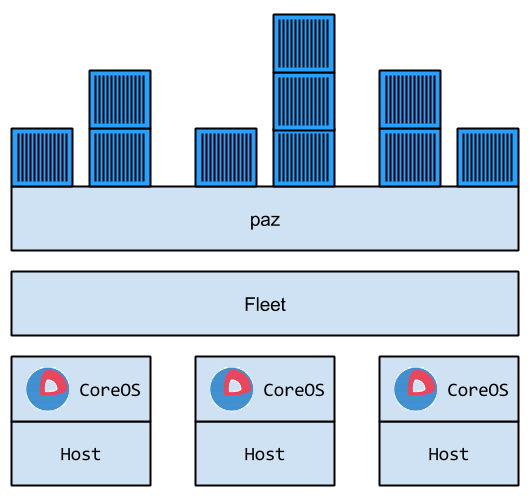 As can be seen in this diagram, Paz can be seen as a layer on top of Fleet. Each host run CoreOS, which is clustered by default using Etcd, and Fleet presents an abstraction of systemd across this cluster. Paz sits on top of this and utilises Fleet and Etcd under the hood. 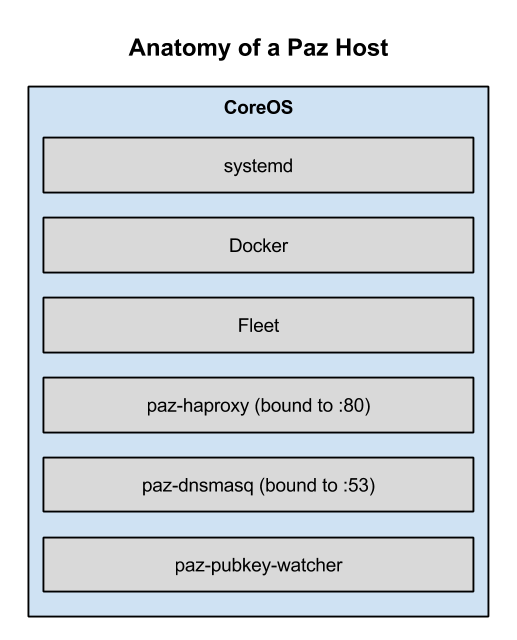 The above stack is what comes "out of the box" from the Vagrant and DigitalOcean cloud-init user-data files in the Paz repository. This is what every host in a Paz cluster looks like.

Updated less than a minute ago